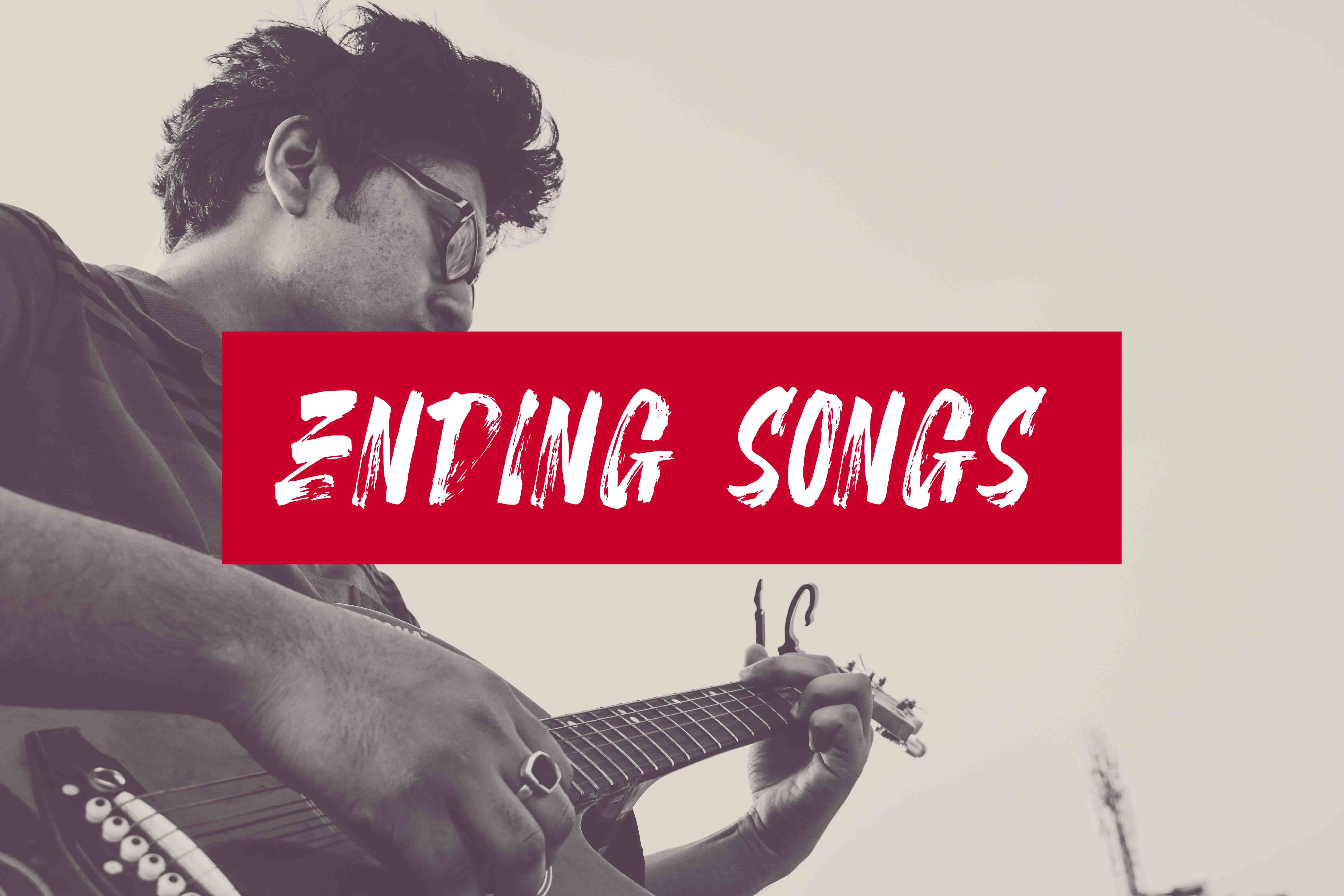 Unsure how to end a song?

Lets have a little look, shall we?

How to end a song is often overlooked in importance. The truth is, whilst it may not be what the listener remembers a track for, it does act as one last opportunity to leave an ear satisfied. A weak ending can ruin a great song. So how do you end a song? There are many ways artists end their tracks. It all depends on the song but generally speaking there are a few techniques we can take a look at.

how to end a song
The Acapella

Here you end a song by cutting the instrumentation and only sing the chorus lyrics. This can be very effective. If you have chorus lyrics that hold high value and are melodically pleasing, this might be the right way to end your song. It’s a neat way of placing importance on the words one last time rather than both lyrics and music. It can drive the message of the song home. For example, Take a listen to the acapella ending in Led Zepplin's "Stairway To Heaven".

Note that it doesn't always have to be the chorus lyrics that are used for this.

Interestingly "Stairway To Heaven" makes use of the acapella ending and the fade-out ending. Which brings us to our next technique... 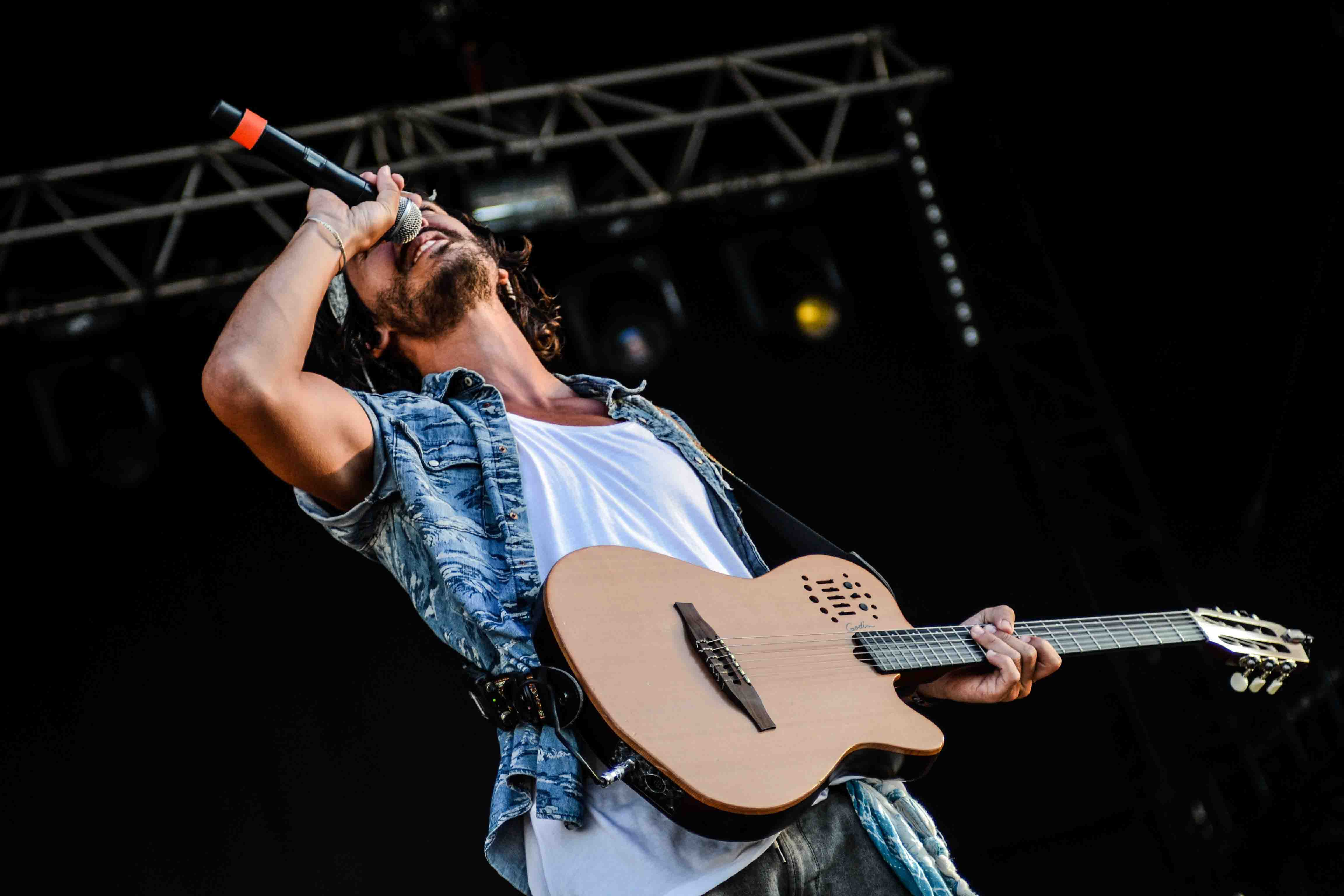 how to end a song
The good ol' fade out

Although less popular these days in modern music, fading out a song can serve as a nice subtle ending. All you do is fade the recording or volume of the track down gradually until its inaudible. Some songs are so great that they feel like they could go on forever. Make the ending less harsh and ease the listener's ears out, rather than snatching the vibe away from them. Adding in new elements during a fade-out can prove to be especially interesting, like a guitar solo for example. Have a listen to Dire Straight’s- "Sultans of Swing" a classic example of a fade-out during a guitar solo. Here we get the sense that the solo would be carrying on even though the music has gone. Creating a sense of mystery almost as if the song were saying goodbye.

how to end a song
The abrupt ending

An abrupt ending is commonly used throughout all genres of music. After the final chorus (preferably a hard-hitting one) you cut out everything on the last note of the song (not the root note). This can be a tight, solid way to finish a track. It must be used cleverly as it will leave the audience wanting more. This can be a good thing but can also become tiring if every song you write feels musically unresolved. Use this trick sparingly.

An example of this is, listen to Sigrid's "Don't Kill My Vibe". 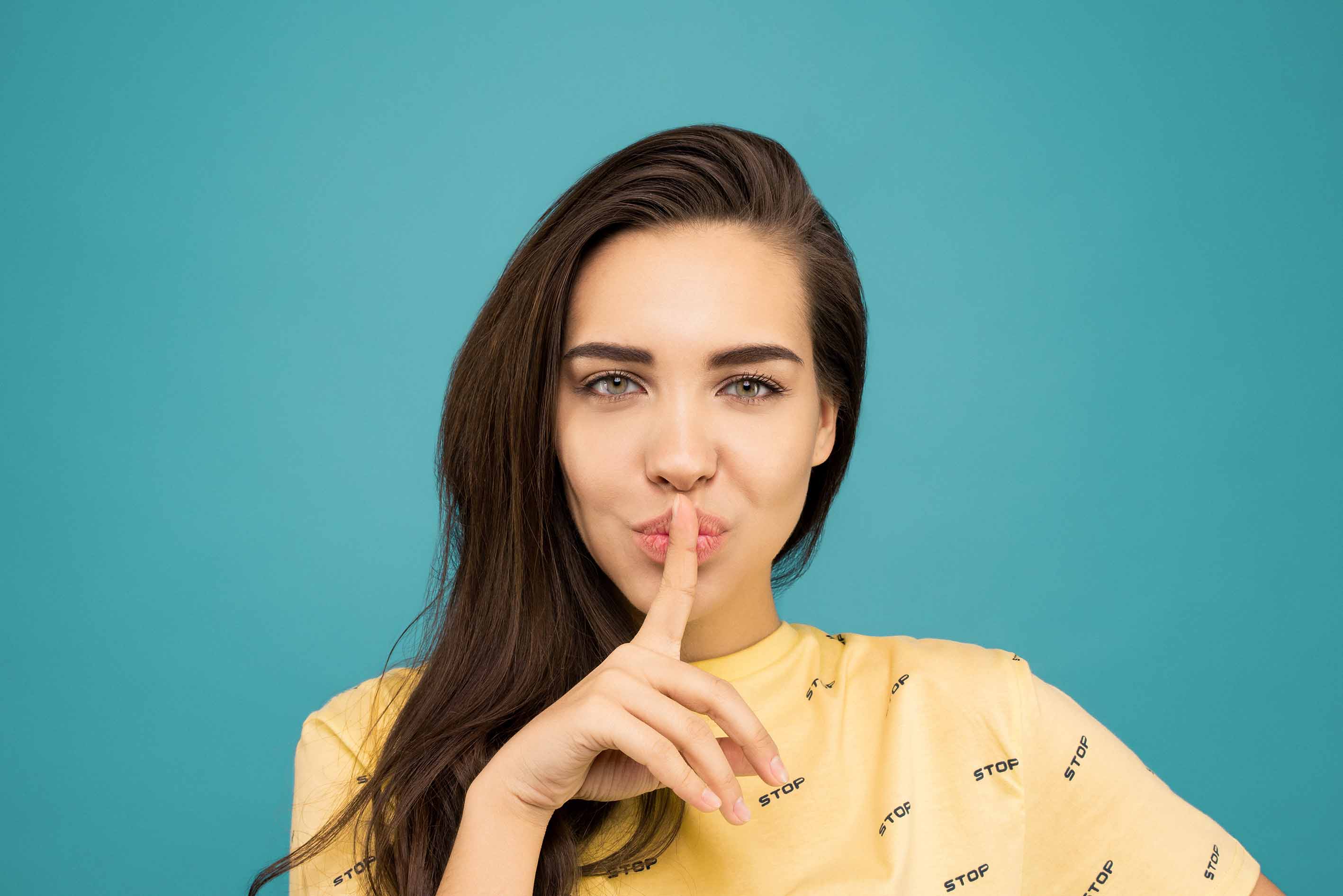 how to end a song
End it on a root chord

Ending on the root chord (the chord which exists around the root note) is a nice way to round off your song. To figure out the root chord, you would need to find the key of the song and play that chord as the last. For example; a song in the key of C would end on a C chord. The feeling of “coming home” which the root gives off creates a sense of resolvement. Playing any old chord as the last thing the listener hears, more often than not feels unfinished and at times unnecessary. If you are unsure about which chord to finish on, its always a safe bet to land on the root.

how to end a song
The hook end

Ending on the hook is extremely effective when you really want the track to be stuck in the listeners head. After all, the end is the last thing the audience hears, so in some cases, it makes sense to leave them listening to the catchiest part. Consider dropping out all other elements of the track only leaving the hook left alone standing loud and proud.

how to end a song
The key change

A key change can be a tricky thing. But done on the last chorus can inject one final moment of energy into the song and can be just what the doctor ordered. Bon Jovi’s "Living on a Prayer" showcases just this. Just when you thought the song couldn’t get any more energetic, they step it up a notch and deliver a killer key change for the last chorus. This raises the intensity, squeezing out every last drop of musical goodness the song has to offer. Be careful though as not all tracks need a key change and are most appropriate for energetic, powerful songs. So if you are writing something more mellow, perhaps focus on the other endings we have discussed. It's all about knowing what emotional impact the key change will have on your track. 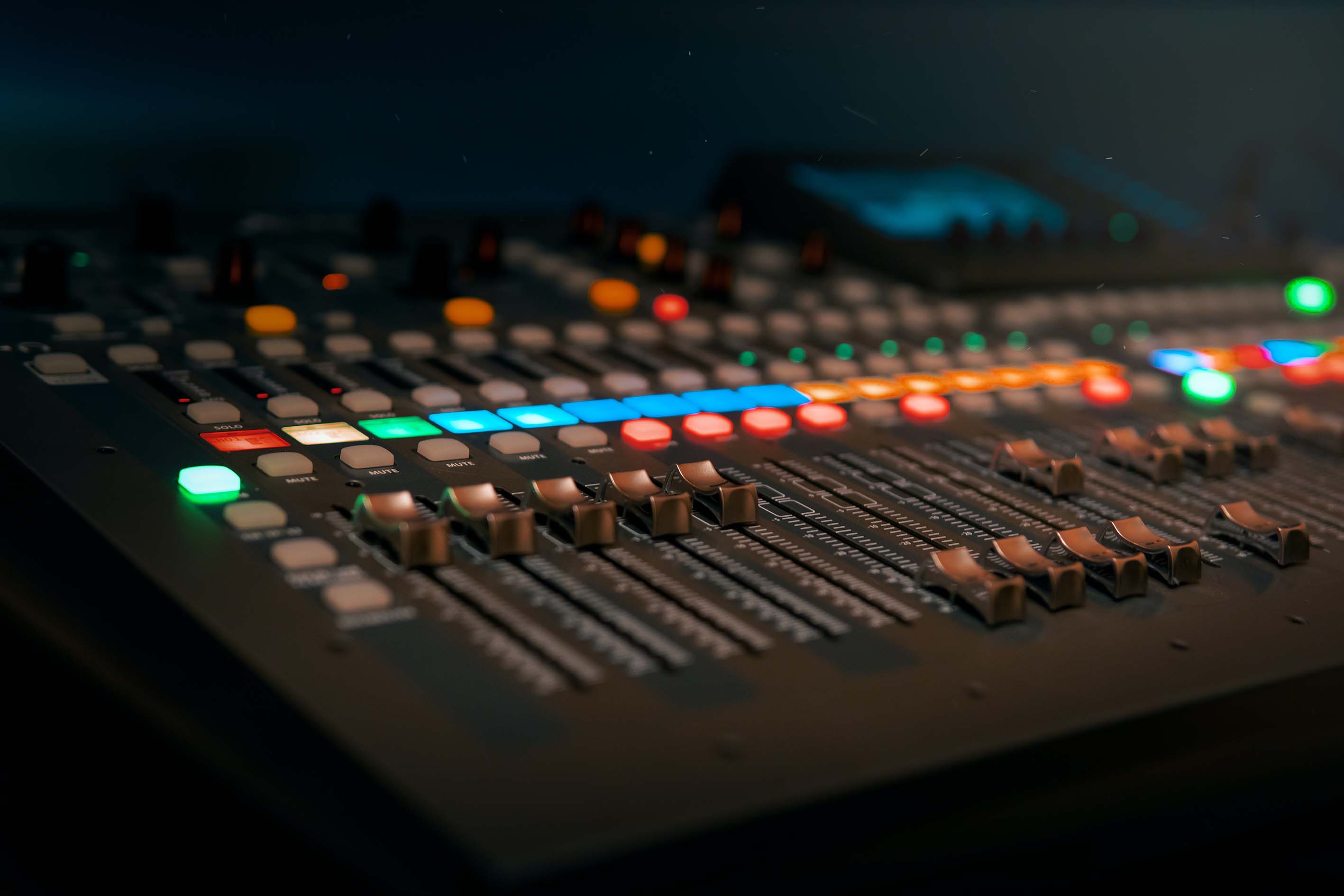 how to end a song
The subtraction fade out.

Similar to a fade-out without the fade-out. By that, we mean slowly but surely subtracting elements out of the song until you are left with only one instrument playing. This subtly lowers the intensity providing a slow stop without a volume fade. The instruments you drop one by one depend entirely on the song. Tinker around and it will become clear which are appropriate to take out at which time. Normally you should aim to drop elements 4 bars at a time.

how to end a song
The long song (For live performances)

This needs a bit of practice, but seamlessly transitioning into the next song on your setlist without stopping playing can be very pleasing to an ear. Make sure that it doesn’t sound off. Transitioning into a song of the same key is a safe bet. For performances, this is a nice way to grip your audience without having to stop a song and regain their attention for a new one. On occasion, this can extend further than a live performance and into your recordings. The Lumineers have developed a sense of this by carrying out elements from the end of a song and bringing them into the start of another. “Sleep on the Floor” transitions seamlessly into “Ophelia”. This provides the illusion that these two songs are almost one piece of music giving off a subtle fluidity.

how to end a song
Bring it back to the start.

By developing a strong intro, you also have the ingredients for a great outro. You can end the song by duplicating exactly what was played as the intro. It creates a kind of looping effect that rounds off the song nicely, creating a sense of coming full circle. (Not to mention the song can be played on repeat a few times before the listener notices!)

The way you end a song is completely up to you. Just remember that its the final chance to leave a lasting impression on the listener. So take care of your endings. It doesn't have to be anything fancy, but it does have to be purposeful and clean. A sloppy ending can leave a bad taste in the audience's mouth. Good luck! 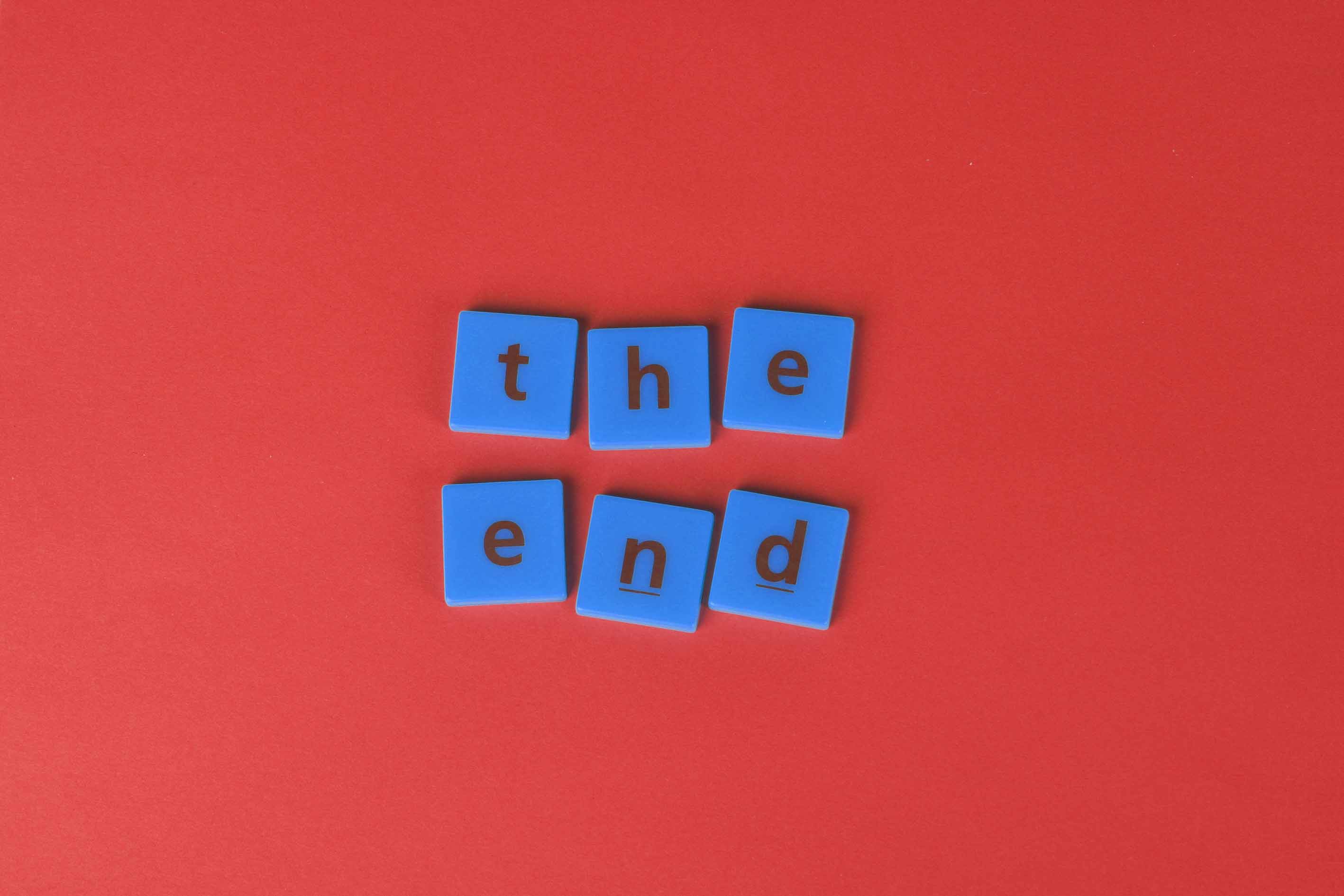